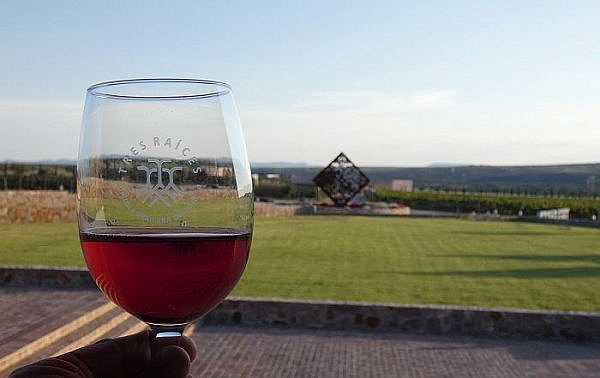 San Miguel de Allende keeps topping travel magazine polls as one of the best cities in the world. It’s best-known for its gorgeous historic center, a UNESCO World Heritage site. Did you know, however, that you can reach multiple Mexican wineries a short drive outside of town?

On one road to Queretaro and another to Dolores Hidalgo, vineyards cover large plots of land and grand wineries await visitors with impressive tasting areas and ever-improving bottles of vinto tinto, rosé, and blanco. They range from an organic winery producing everything by traditional methods to several large operations that wouldn’t look out of place in Napa or Sonoma. 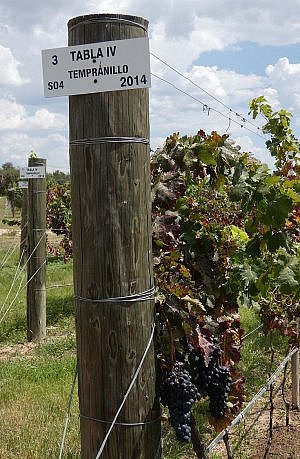 During a recent week of exploration in this up-and-coming corner of the Bajio region, I hit up five Mexican wineries that offer tastings and got a good sampling of what the area has to offer. The longest-running winery here has only been bottling since 2005, so it’ll still be a while before these young vines are producing a whole range of world-class wines to compete with those from Baja California. One that we visited is so new that they’re still using grapes from other Mexican states, while another is only serving wines produced from a sister vineyard 20 miles away.

I was pleasantly surprised at the progress these wineries near San Miguel de Allende and Dolores Hidalgo are making, however, with very few duds in our tasting flights and a few real standouts. Most of the red wine offerings are blends, which is a smart choice with such new vines everywhere, but I did have a couple good Grenache wines and an excellent Tempranillo from Tres Raices. That grape and Cabernet Franc seem to be doing well in this highland climate, though if people purchased more white wine, there would probably be more acres devoted to those instead. Voignier, Semillon, and Muscat grapes seem to be thriving based on what worked well in the various whites I tried, though the blends with a Chardonnay were good sometimes and I had one excellent Sauvignon Blanc that tasted like it could have come from New Zealand.

Here are the wineries I visited on my Mexican wineries of Bajio trip, all between 15 and 40 minutes from your hotel in San Miguel if there’s not too much traffic.

Dos Bujos Winery – A hacienda-style layout and traditional winemaking methods contribute to a homey feeling in this certified organic facility. With some of the prettiest labels in Mexico and 13 wines to choose from, you’re likely to find at least one options that pleases your palate. You can reserve a spot for a tasting in the lovely courtyard or buy a bottle or two and have a picnic just outside of the city.

Viñedos San Lucas – This winery on the Queretaro highway past Dos Buhos is just one of several in the area owned by the same company. Viñedos San Francisco is next door and all of the wines served here so far are from older sister property Santisima La Trinidad. Obviously they have plenty of land to work with and the young Argentine winemaker is experimenting regularly to see what she can coax out of the varied grapes planted in different locations. There’s a restaurant on site, a hotel, a dramatic tasting cellar, and even a polo field. If you want to put down roots, they’ll build you a grand stone house among the grape trellises. 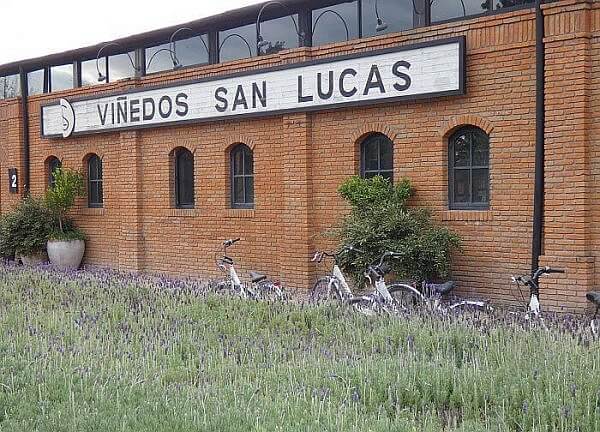 Cuna de Tierra – This is the longest-established and probably best-known winery in the region and is the longest drive from San Miguel. It’s worth the trip to admire the modern architecture and thoughtful aesthetics. This is where we got the most goodies to try with our wine tasting. The tasting fee of $40 each was steep (and is not credited to a purchase), but here’s what showed up on our table during the sipping and swirling. 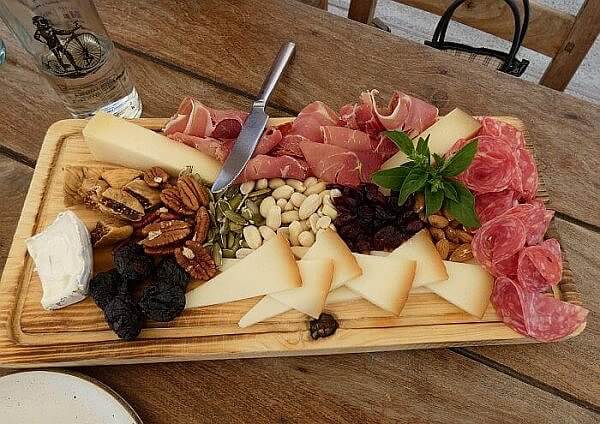 There’s also a great restaurant on site if you’d rather order full glasses and a meal. One of the best-known wines from Cuna de Tierra is Nebbiolo, featuring red grapes of the same name. If you’re looking for something different that has some heft, this is a good choice. Or you can step up to their Pago de Vega, a blend of Cabernet Sauvignon, Syrah, Merlot, and Cabernet Franc that’s aged for 14-18 months in oak barrels.

Bernat Vinicola – While San Lucas and Cuna de Tierra obviously have investors with big pockets behind them, Bernat is a more modest affair run by an owner, a winemaker, and some helpers. It holds its own with the others, however, by paying close attention to which grapes are thriving under these conditions. Their white blend of Viognier and Chardonnay and quite nice on a warm day and I brought home a bottle of the grenache after liking that one too.

Tres Raices – We’ve already mentioned this one earlier when we posted the Tres Raices hotel review and video tour. I got to spend a couple of nights here and take my time with the tastings, so I probably tried most of what they produce here. The Sauvignon Blanc I tried here was the best of my week and I really liked their Tempranillo as well. We had an interesting rose, a Cabernet Sauvignon, and their award-winning Merlot. The “Ensamble” red blend of 80% Cabernet Sauvignon and 20% Syrah strikes a good balance for drinking alone or pairing with dinner. 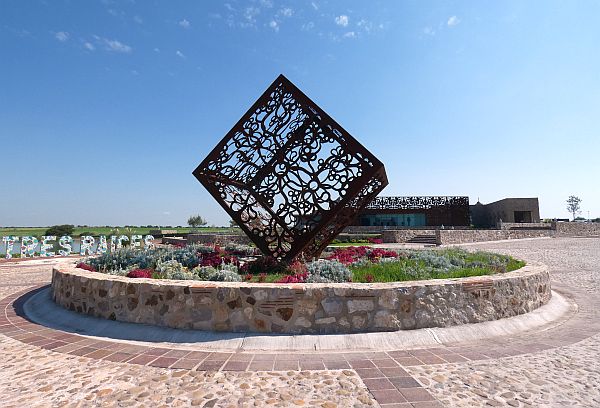 The facilities at Tres Raices are nothing short of stunning and the setting is sublime as well, in a countryside location where the sun sets over the distant mountains.

Consumer space travel is a new luxury, and Virgin Galactic is the leader: Analyst

Where can Americans travel to in May?

Check Timeshares to Rent in Mexico for Your Condo Vacation

Oaxaca Mezcal Brands and Which Ones are Worth Buying

The Worlds Most Expensive Cruise Ship.

Luxury Life With Girls and Car! #54

The "best hotel in the world" – Umaid…

VIETNAM | an AMAZING RESORT in the CITY of Ho Chi Minh |…

Luxury Life With Girls and Car! #64

Luxury Life With Girls and Car! #62

Luxury Life With Girls and Car! #56